Expressions in After Effects are very useful and challenging but most of them involve a little math and physics to create some Physical simulations in AE and one of the most interesting expression is Math.sin() or Math.cos()  . A cosine wave has the same shape as a sine wave, it’s just out of phase by 90 degrees.

So in this first Tutorial in this series we will use Math.sin() to create Sine Wave along with that we will use other very useful expressions such as time, Math.min(), Math.max(), Clamp() to Draw different waves such as Cosecant Graph, Clipped Sine Wave, Sine Wave Amplitude Modulation

Make sure to check out the previous tutorials :

About the Author: Najib Khayati

Hi i'm a freelance Visual Artist Besides working as a creative I love to share my knowledge and experience and learn new tools so make sure to subscribe to my YT channel and hope you find my Tutorials useful to you !
Page load link

Become a Patreon
Get Exclusive Content
&
Watch our Latest Tutorials with Access to Downloadable Project Files
If you become a patron to Noble Kreative, you’ll immediately get access to as many as 50 patron-only posts.
Become a Subscriber to our youtube channel more than 100 Tutorials waiting for you 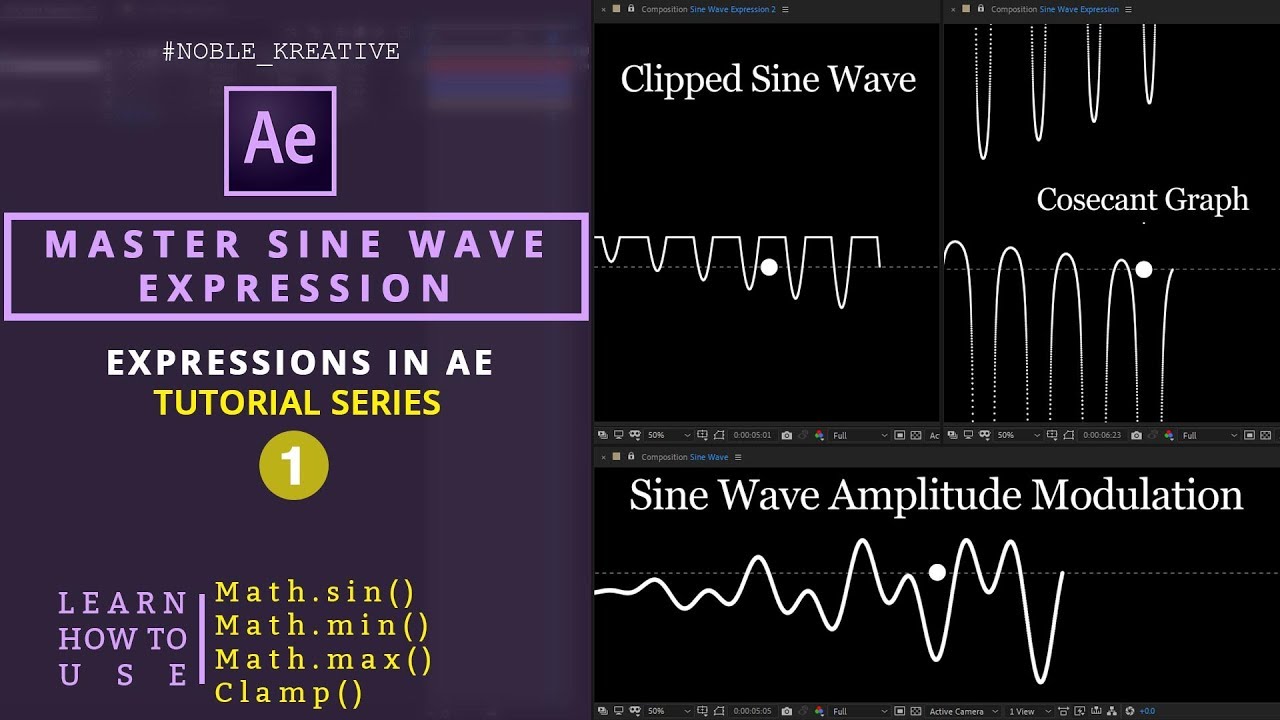