This tutorial is related to the Expression Tutorial Series in AE so make sure to watch it first to be able to follow on this tutorial .

How Does Newton’s Cradle (  Momentum balls  ) Work in Physics ?

Newton’s cradle is a device that demonstrates conservation of momentum and energy using a series of swinging spheres. When one sphere at the end is lifted and released, it strikes the stationary spheres, transmitting a force through the stationary spheres that pushes the last sphere upward. The last sphere swings back and strikes the still nearly stationary spheres, repeating the effect in the opposite direction. The device is named after 17th-century English scientist Sir Isaac Newton. It is also known as Newton’s balls or Executive Ball Clicker

About the Author: Najib Khayati

Hi i'm a freelance Visual Artist Besides working as a creative I love to share my knowledge and experience and learn new tools so make sure to subscribe to my YT channel and hope you find my Tutorials useful to you ! 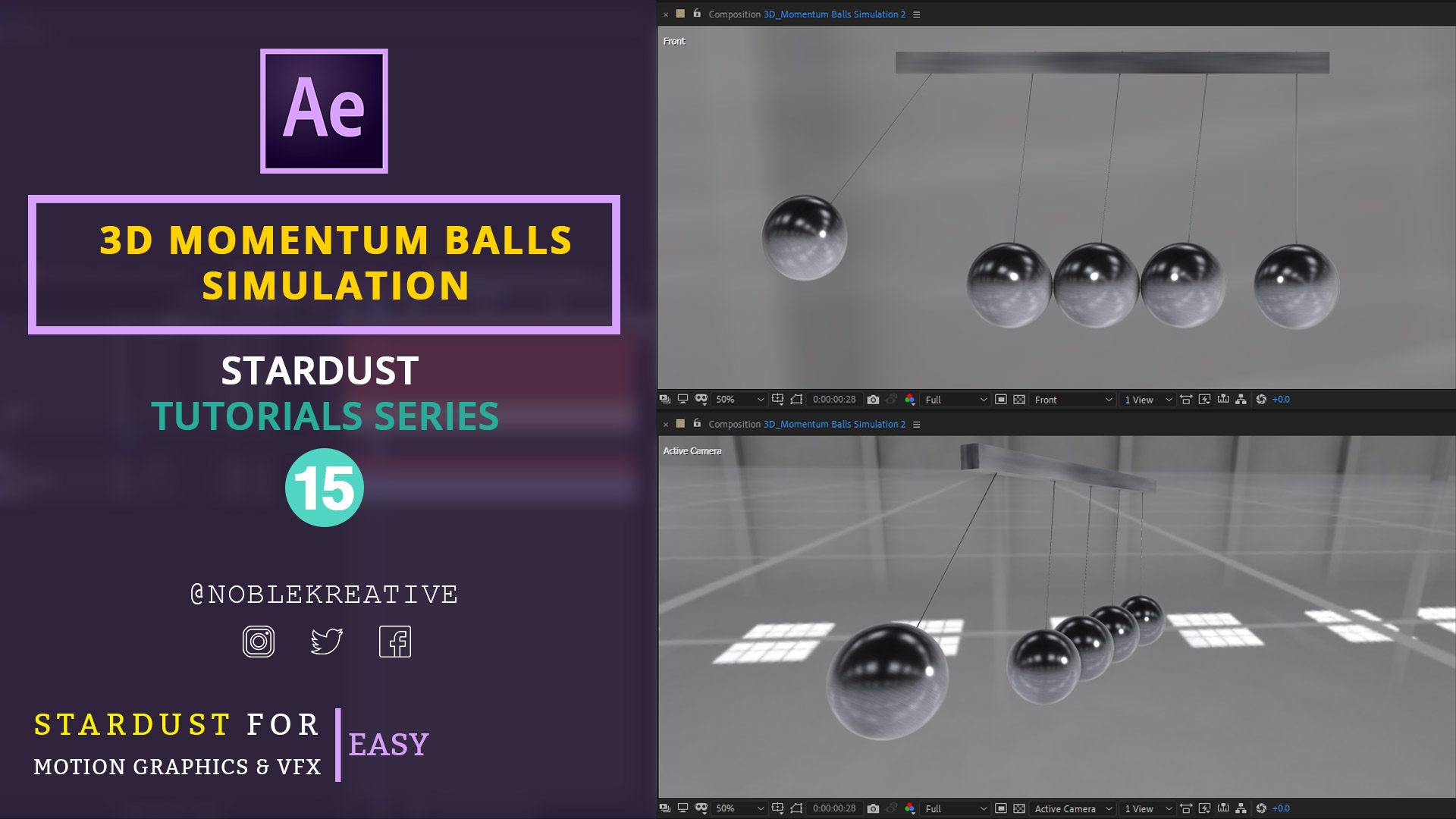 Become a Patreon
Get Exclusive Content
&
Watch our Latest Tutorials with Access to Downloadable Project Files
If you become a patron to Noble Kreative, you’ll immediately get access to as many as 50 patron-only posts.
Become a Subscriber to our youtube channel more than 100 Tutorials waiting for you